The main difference between tempered and laminated glass is in the way each is produced. Laminated glass is made by sandwiching a glass substrate (also called laminate or polyvinyl butyral) in between two additional sheets of glass, while tempered glass is made by heating and cooling a large piece of glass in rapid succession. Both types of glass are heated and while hot, the large glass pieces are rolled on rollers so that it conforms to shape that fits the pattern of the windshield. Both of these methods creates a strong and durable glass that is used in automobile windows and windshields, but each has its own set of characteristics and behaviors.

Laminated glass in beneficial because if it is struck during a car accident, the windshield or window will not shatter into a million tiny pieces. Instead the windshield or window will stay together but have tons of cracks in the glass but for the most part, the broken pieces will still stick together rather than being thrown in a hundred different directions. In the event that a rock or other object hits the windshield or window at a high rate of speed, the windshield will not shatter either, however a crack or chip could appear that can obstruct the view of the driver. Fortunately, most cracks or chips can easily be corrected with the help of a professional windshield repair person or on your own by using a windshield repair kit or resin. Tempered glass聽is also very strong, however it can shatter into a million tiny pieces. The more the quick succession heating and cooling process is done, the strong the glass will be, however it will also become more brittle. The heating and cooling actually causes the glass to compress, making it 5 to 10 times stronger than it was originally. That compression is also what causes the glass to break into dull pieces instead of sharp, jagged (and dangerous) shards. 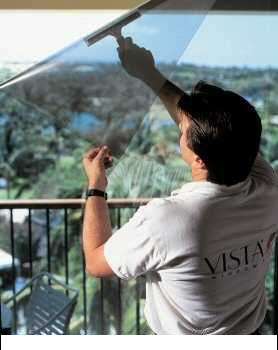 While still more safe than breaking into huge, sharp shards of glass, you do not want a windshield made of聽tempered glass. This is why tempered glass, when used in automobiles, is only used for the driver, passenger and rear windows. While it may seem unsafe to use glass that can shatter in an automobile, there are two good reasons why it is done. Firstly, using this breakable type of glass can come in handy if there has been an accident or other emergency in which a rescue crew needs to break the window to get someone out of the vehicle. The other reason is that using tempered glass is much, much cheaper than using laminated glass.

Though it is more expensive, there are many additional benefits to using laminated glass other than its resistance to shattering. Laminated glass, because of its glass substrate and two layers of glass, is actually a buffer to loud noises as well as UV rays from the sun. This is another reason it is used for the windshield as it is the biggest window in a vehicle. This is the same reason why laminated glass is often used for the windows in high-rise buildings that get lots of direct sunlight. Some car manufacturers have even been contemplating using laminated glass as the roof of the vehicle. Many concept cars feature this idea, which is called a cielo roof.